The responses to your queries are as under:

1) The unutilised amount in CGAS is to be offered for taxation as deemed capital gain in the previous year in which the period of 3 years from the date of transfer expires.

Since excess tax has been paid in AY 2020-21, a refund can be claimed in respect of the same.

2) Yes the deduction ought to have been claimed under section 54.

Practically, the earlier ITR need not be touched and you may offer the deemed capital gain for taxation next year stating that deduction was claimed under section 54F.

However, if you do not want to take any risk, the return for AY 2018-19 needs to be revised. Since the due date is over, application for condonation of delay would be required to be filed and once the delay is condoned, the return can be revised. 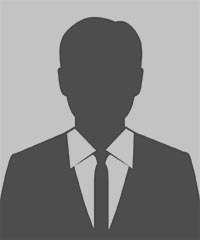 1) The application for condonation of delay has to be filed physically with the Jurisdictional Commissioner of Income Tax. There is no option to file it online.

It is not mandatory to file it through a CA. The assessee himself may file it, although it is advisable to get it done from a CA to avoid the obvious hassle.

2) As per my practical experience, the order condoning the delay is passed in around a month's time. However, currently due to limited functioning of the tax department due to Covid, it might take a bit longer.

Hope you find the information helpful if you do please rate it 5 and provide your valuable feedback for my improvement. You can even book phone consultation for further personal assistance.

The time limit of reinvestment is 3 years  in case of construction. So if invest is not done within 3 years, capital gains will be taxable in financial year 2020-21.

It is not advisable to go for condonation of delay because if you will declare capital gains in financial year 2017-18, you need to pay taxes along with interest which will be a huge amount. however if you pay in the current financial year there would be no interest applicable.

- Either claim the refund of advance tax paid or get the challan corrected to the current financial year.

- After the payment of taxes only, amount from capital gain account will be released subject to the satisfaction of the AO. You will need CA certificate for release of payment from Capital account. confirm it from bank.

- For filing of ITR, please take the assistance of experienced CA. For detailed discussion, please call.

Unutilized capital gain amount under Section 54F had to be charged under Section 45 as income of the previous year, after the expiry of three years from the date of sale of the capital asset as per proviso appended to Section 54F and withdrawal of amount was permitted subject to deduction of tax

capital gains will be taxable in financial year 2020-21.

No it is not advisable to go for condonation of delay